Halloween Horror Nights is Back at Universal Orlando - JACK IS BACK! | IDrive Orlando
Skip to main content

Halloween Horror Nights is Back at Universal Orlando - JACK IS BACK!

Halloween Horror Nights is Back at Universal Orlando - JACK IS BACK!

UNIVERSAL ORLANDO RESORT REVEALS THE INFAMOUS RETURN OF JACK THE CLOWN TO HALLOWEEN HORROR NIGHTS AND ANNOUNCES SELECT TICKETS ARE ON SALE NOW FOR THE WORLD’S PREMIER HALLOWEEN EVENT, BEGINNING ON FRIDAY, SEPTEMBER 3

The Highly-Anticipated Event Returns this Fall to Celebrate 30 Years of Fear with 10 Terrifying Haunted Houses, Five Scare Zones, and More!

Click Here to Purchase Tickets to Stay, Scream and Save.

Jack, the Clown returns as the demented face of Universal Orlando’s Halloween Horror Nights as the world’s premier Halloween event, commemorates its 30th year – and select tickets and vacation packages are now on sale, inviting guests to stay, scream and save. Halloween Horror Nights kick off on Friday, September 3, and continues on select nights through Sunday, October 31, 2021.

The most notorious icon in event history, Jack’s return to Halloween Horror Nights 2021 will be fraught with terror and fear as the grisly circus clown invades every corner of this year’s event with unsuspecting “Jack Attacks” that will send guests running for their lives. His ominous and unrelenting presence will infiltrate every aspect of the event – from the streets to the haunted houses to the places guests would least expect – leaving nowhere to turn and nowhere to hide.

Select tickets are on sale now for Universal Orlando’s Halloween Horror Nights, featuring a variety of ways for guests to customize their visit to stay, scream and save. Guests can save up to $52 on a single night event ticket when purchasing online and book various event upgrades like the R.I.P. Tours, a guided tour experience that provides priority V.I.P. access to the haunted houses; Behind the Screams: Unmasking the Horror Tours, a daytime, lights-on tour of the haunted houses that offers a glimpse into how the scares are brought to life; and more.

Florida Residents can also save on vacation packages, starting at $215 per person, per night (based on a family of four), that include hotel accommodations, tickets to Universal Orlando’s theme parks, and one-night admission to Halloween Horror Nights 2021. Universal Orlando hotel guests also receive exclusive benefits, including access to a dedicated entry gate for the event (with valid event admission), complimentary transportation to Universal’s theme parks and Universal CityWalk, and access to an all-new, limited-time “Jack’d Up” experience at Universal’s Cabana Bay Beach Resort – where guests get a closer look into the chaotic world of Jack and some of the sinister environments inspired by his past invasions of Halloween Horror Nights. Plus, the hotel’s Swizzle Lounge lobby bar will transform into the “Horror Icons Bar,” featuring specialty beverages and snacks inspired by the event’s most infamous icons and props and costumes that pay an eerie homage to Halloween Horror Nights past.

When you’re ready to Let Yourself Woah, the place to go is Universal Orlando Resort.

For more than 30 years, Universal Orlando has immersed guests in amazing “Woah” moments that free them from the stress of their worlds. Across the award-winning destination, they can let go and live in the moment with those they care about most as they embark on incredible theme park adventures, like causing mischief with the Minions from Illumination’s “Despicable Me,” coming face-to-face with ferocious dinosaurs in Jurassic Park, walking the corridors of Hogwarts castle in The Wizarding World of Harry Potter and so much more.

Universal Orlando is home to three epic theme parks that feature some of the world’s most exciting and innovative experiences, including Universal’s Islands of Adventure – named the #1 Amusement Park in the World for five years in a row by TripAdvisor Travelers’ Choice; Universal Studios Florida – home to the most technologically-advanced stunt show yet, The Bourne Stuntacular; and Universal’s Volcano Bay - a tropical oasis like no other that features an actual beach right in the middle of Orlando. 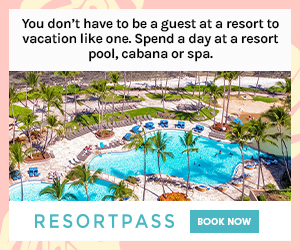